ADHD, Buddy the Elf and Me 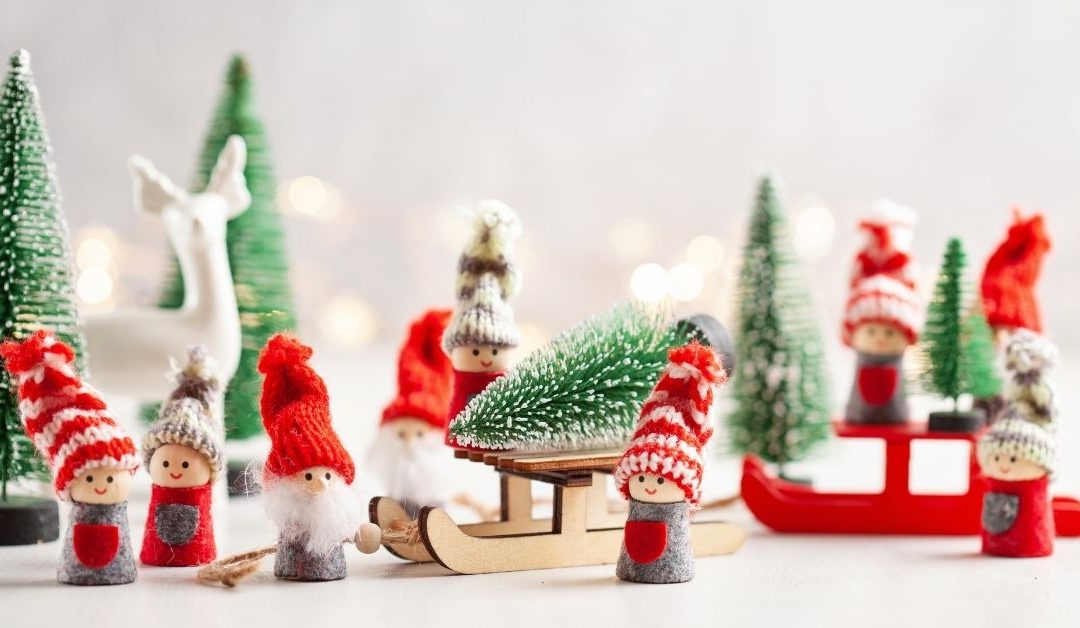 I could make great etch-a-sketches, it just took me longer than anyone else. Creating MY ADHD life meant reframing myself as a human with an elf-sized heart, overflowing with creativity and enthusiasm. When I stopped trying to fit in with people who aren’t the same as me, and instead focused on how to be the best version of myself, I found I had created a life that worked with my ADHD, rather than against it. An ADHD diagnosis won’t fix everything, but it will help you know yourself better and allow you to do the same.

On Christmas Eve I watched Elf with my kids, the same way I have every year for over a decade. The familiar Christmas movie struck me a little differently than I was expecting. A very clear argument can be made for an ADHD diagnosis of Will Ferrell’s character, Buddy the Elf, a human child being raised as an elf at the North Pole. He has a lot of the classic “this hyper boy has ADHD” signs that most people think of when they think of ADHD:

As the story continues it follows a very traditional Hero’s Journey story arc and incorporates a “you don’t belong here because you aren’t like other people” narrative as well. What really struck me however, was that Buddy the Elf was on a very similar trajectory as many people when they discover they have ADHD. Discovering that the world they live in that was built for neurotypical people and is really hard to be part of when your brain doesn’t work in the way the world sees as “typical.”

It’s comical (because it’s a light-hearted children’s movie) but if you think about it, regardless of when you learn you have ADHD, it’s likely because you weren’t building etch-a-sketches fast enough, or taking a shower is a challenge for you when it’s not that hard for other people. Whether it’s because you can’t focus if there isn’t enough to do, or if you were the kid who couldn’t sit still in class- you just didn’t fit in with all the other elves. Many people with undiagnosed ADHD struggle with depression, anxiety and self-esteem issues that a diagnosis can really help, because they know there is a reason they aren’t like all the other elves.

For Buddy, he overhears the other elves talking about how bad he is at being an elf, how he’s just a disappointing screw up. It’s not until he talks to Leon the snowman that he’s told for the first time the reason why everything is so hard for him is because he’s not an elf. It sure seems obvious to everyone else that he’s a human, but Buddy doesn’t have any context for it. He’s never met other humans except Santa, who well, isn’t really human either right? (Seriously, I don’t know the answer to this question. If you do, let me know).

Knowing you’re a human (with ADHD) is a good start

The first time I considered that I might have ADHD was while reading and article online about women who aren’t diagnosed with ADHD until they’re in their 30’s. I was 37, and despite having succeeded at some things in life, (anything with a crazy deadline, with a clearly defined rubric or that I was extremely passionate about or was the new, shiny thing) I felt like a complete failure in a lot of other places. Essentially, I could make some great etch-a-sketches, it just took me longer than anyone else and I was SO much messier and more disorganized than anyone around me, but in reality, there were so many other things I was good at when I was given the chance to explore them.

The first trip to the doctor to talk about my mounting frustrations at work and feeling of constant failure felt much like Buddy stepping onto the ice float to travel to NYC. My diagnosis came after a visit to my primary care provider, who sent me to a psychiatrist, who confirmed that I did indeed have ADHD. I was prescribed medication and essentially told not to eat yellow snow or pick chewing gum off the subway railings. Every other coping mechanism, tool or even just learning about my diagnosis and what it meant to not be neurotypical came through conversations, reading, online conversations and trial and error. (I’m collecting these ADHD.Life Hacks here.)

Having a diagnosis for being a human with ADHD? It was just the beginning of learning how to manage my life. Even adding medication wasn’t a miracle fix for making my brain fit into a world that it wasn’t built for.

Buddy is just “too much”

For some reason it’s assumed that once Buddy the Elf knew he was human and it was confirmed that Walter is his father that everything will be fine. He’s in New York City after all, the bed is his size, he fits in the shower and not only does he have a family, he has a girl who he likes and who likes him back. (This may be the biggest magic of all in the show given his behavior.)

But Buddy still doesn’t fit in with the humans just because it looks like he should. He’s adapted to elfish behavior, customs and mannerisms. He enjoys the elf food groups (sugar, candy canes, candy corn and syrup) and is wandering through New York City in a human-sized body with an elf-sized heart overflowing with enthusiasm and naivety. His all-or-nothing approach to life, based on how interested he is in the topic, is so so familiar. You mean people don’t want to talk about Christmas and Santa and the North Pole all day long?

You may have heard this before in your life. I know I’ve been told by friends, people I dated (briefly), and even some family members. I’m too much, too loud, I talk too much and to too many people. I have too many projects that I start (and not enough that I finish). When I’m excited about something it’s literally the only thing I can think about… until it it’s not. This is called hyper-focusing. It’s a secret ADHD superpower, once you’ve learned to harness it for its power for good. But it still sidetracks me at times and undoes all the other things I need to do.

Medication doesn’t change any of that. It just makes it easier to recognize the “too muchness” of myself sometimes and harness that into better focus. In a world that rewards endless productivity (have you made your quota of etch-a-sketches today?) and is built for elves (neurotypical humans) it can be hard to find your place.

The secret is that while medication can help, it doesn’t magically make everything better. I’ve often said that having ADHD is like your brain has 47 browser windows open with 52 tabs in each one. Every tab needs to be open to remember what it is you’re supposed to be doing, but there isn’t a hierarchy. The tabs with urgent work are just as important as the tabs for that “just for fun” research you’re doing about the history of pop rocks and learning about the origin of sea shanties. Oh and there is a kid tab, a what’s for dinner next week tab, a series of to do lists… plus there is music playing somewhere and you really need to shut that off.

Medication helps silence the music, helps to focus on prioritizing the tabs and can help train your hyper-focus to be on one thing vs. lots of things. But it’s also on tool in a whole box of tools that you can use to live a fairly productive life, or at least a life that works for you.

How does he learn to fit in?

Fitting in isn’t really my goal in life anymore (I’ve heard that’s part of being in your 40’s) being the best version of myself and belonging where I’m at is. My ADHD diagnosis didn’t fix everything, but it did help me know myself better. It also helped me better identify me people, the ones that love me and accept me for who I am at my ADHD best and my ADHD worst. Building an ADHD life that allows me to capitalize on my strengths and minimize the weaknesses, and build an ideal environment for my success, as well as deciding what success looks like for me has been key.

Buddy found there was a place for him between his two worlds, where his man-sized body and elf-sized heart could find love, a family, a future and his place in both worlds. I hope by sharing my ADHD life with you will help you do the same.

P.S. Were you diagnosed with ADHD as an adult? Want to connect and learn from other adults with ADHD? Join the conversation in our Facebook group!

Welcome to The ADHD life!

About 5 years ago I was diagnosed with ADHD. At the time I was failing at so many parts of life and knowing there was a reason changed my life. I wasn’t a lazy procrastinator who was just really bad with time management, my brain just works differently than most people.

Since then I have been committed to learning how my brain works differently and how to build a life that works with my ADHD so I can be my best self.

This site is dedicated to sharing what I’ve learned along the way and maybe help you build your own ADHD life that works for you.

Some of the links included on this site are affiliate links. If you purchase products from this post using these links I will earn a small commission.